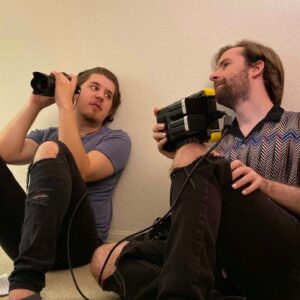 Ryan Beene wrote, produced, directed and edited his short film “Those People.”  We were honored to hold the theatrical premiere of this film at the Sherman Oaks Film Festival in 2021 where it took one a Programmers Prize.  The great news is that Ryan’s film will be joining season 5 of the Discover Indie Film TV series.  Season 5 should be released in March 2022, but if you want to watch other superb indie shorts just go to the Discover Indie Film TV Series on Amazon Prime Video!

“Those People” is such an original, compelling film that I couldn’t wait to hear his 4Qs list.  Enjoy!