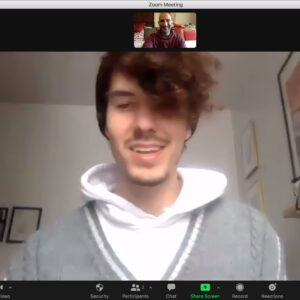 Samuël L. Jodry received the Filmmakers Award for Outstanding Director for his film “Bengale (ou avant que le bonheur frappe)” – in English, “Bengal (or before happiness strikes)” –  at Film Invasion Los Angeles is 2020.  I was extra delighted when he said yes to it becoming a part of the Discover Indie Film TV series.

If you want to check out Samuël and his work go to @samljodry on Instagram.