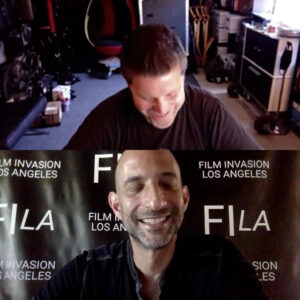 Nickolas Gilbert brought his film “Nailed” to Film Invasion Los Angeles in 2020 and I was delighted when his film joined the Discover Indie Film TV Series on Amazon Prime Video.  Nickolas is such a busy, productive filmmaker that it took us forever to manage to get this podcast recorded.  (Mainly because we both really liked the idea of recording in person, not on Zoom.)

After the interview Nickolas answered the four questions listed above!

If you want to learn more about Nickolas and his work, go to DistortionField.tv @ nickolasgilbert on Instagram.