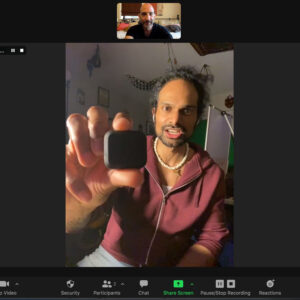 Guitarist, songwriter, singer and director Goldwyn Thandrayen brought his music video “I Don’t Need A Sledgehammer To Start A Fire” to FILA 2021 and won the Filmmakers Award for Outstanding Music Video.  Almost as exciting is that this video is part of Season 5 of the Discover Indie Film TV Series on Amazon Prime Video.

As long as I had Goldwyn on Zoom for his interview, you know I had to have him answer the 4Qs.

You can learn more about Goldwyn and his band Psychocide at his official website.  And don’t forget to hit his Instagram @psychocide.ofc