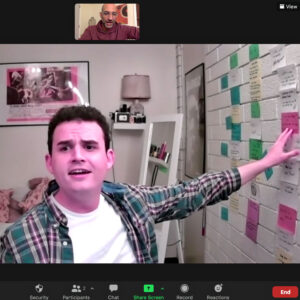 Award winning filmmaker Dylan James Amick hopped onto Zoom for a DIF interview, so of course I had him answer the 4Qs for this episode.  Dylan brought his short horror film “Clean Cut” to Film Invasion Los Angeles in 2022 and took home both the Filmmakers Award and the Audience Award for Best Short Film – Horror.  “Clean Cut” is great horror because it is great, inventive filmmaking.  And I’m proud to say that this film is part of Season 5 of the Discover Indie Film TV Series on Amazon Prime Video.