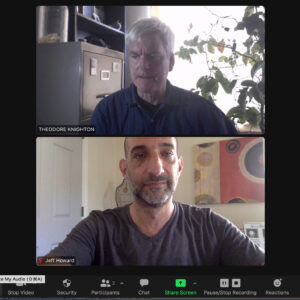 Ted Knighton hopped onto Zoom to discuss his film “Cinema,” which won the Grand Jury Prize for Best Short Film – Experimental/Arthouse at Film Invasion Los Angeles in 2021.  We had a great talk about Ted and his film, and of course I had him answer the 4Qs above.

I’m proud to say that Ted’s film “Cinema” is part of Season 5 of the Discover Indie Film TV Series on Amazon Prime Video.  Please watch it and give the series 5 stars!