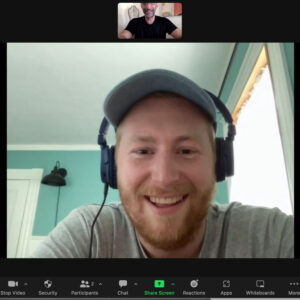 Taylor Olson directs and performs the lead role in the feature film “Bone Cage,” and he also adapted the script from an award winning stage play.  This remarkably talented filmmaker brought his film to the Sherman Oaks Film Festival in 2021 and took home FOUR Grand Jury Awards, including Best Feature Film – Drama, Best Actor in a Lead Role – Taylor Olson, Best Performance by a Full Cast, and Best Cinematography, Feature Film for Director of Photography Kevin A. Fraser.

Taylor was on set for the run of the festival that year and I never got to record a Q&A with this Nova Scotia based filmmaker.  This fact made recording this podcast particularly special for me!