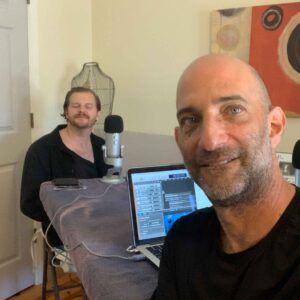 Rob Campoy brought his film “A Face on the Ceiling” to the Sherman Oaks Film Festival in 2021 and took home the Filmmakers Award for Outstanding Short Film – Horror.  I’m proud to say that this engaging, innovative film is part of Season 6 of the Discover Indie Film TV Series on Amazon Prime Video!

Rob brought all of his talents to “A Face on the Ceiling,” serving as writer, director, cinematographer and more.  In fact, this film is one of the shining examples of how some artists produced great work while trapped at home during lockdown.  We hope you enjoy our conversation as much as we did!