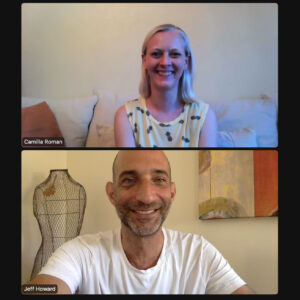 Actor/writer/director Camilla Roman brought her film “Waves” to the Sherman Oaks Film Festival in 2021 an took home the Filmmakers Award for Outstanding Short Film – Drama.  Camilla works regularly as an actress and has lived in London and Los Angeles as well as at home in Norway, which is my way of saying she’s more interesting than most of us.  And I’m proud to say that, starting on January 15, 2023, you can catch “Waves” in Season 7 of the Discover Indie Film TV Series on Amazon Prime Video!

In this podcast, we get to hear Camilla answer the 4Qs above!