I met director/producer Tim Cruz at Film Invasion Los Angeles in 2017, where his film The Blind Center won a Grand Jury Prize.  If you listened to his interview, you know that his personal history is fascinating, from immigration to the USA to growing up in New York City to becoming a filmmaker.  Tim has been a student of cinema all his life, so I knew he’d have a good DIF4Q.  He didn’t disappoint! 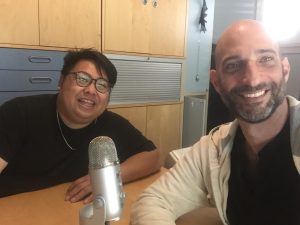 What were Tim’s Answers?