I met actor/writer/producer/amazingly-kind-person Lindsay Nymanwhen her film The Blind Center won a Grand Jury Prize at Film Invasion Los Angeles in 2017.  If you listened to her interview, you know that she has a long history as a professional performing, dating back to Middle School.

What were Lindsay’s Answers? 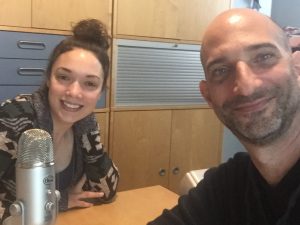