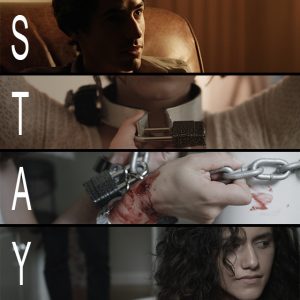 Devin Brooke was onscreen for nearly every minute of the feature film Stay, which won the Grand Jury Prize at the Sherman Oaks Film Festival in 2017.  As well as being the lead actor, she also served as a producer and probably did a whole bunch of things she didn’t take credit for.

Devin came in for a Discover Indie Film interview with her Stay collaborators Christopher Cramer and Zach Kanner.  They got to sit in on her DIF4Q and add their commentary to hers, just as she did for theirs.

What were Devin’s DIF4Q answers?