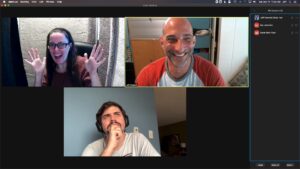 I highly recommend that you watch this film.  It is the kind of micro-budget movie that I feel energizes the indie film scene, made with heart by people who made a feature film because they had to.