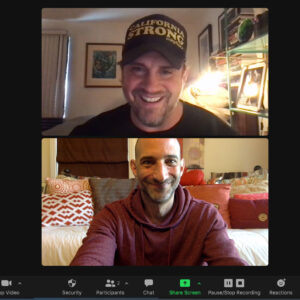 Filmmaker Daniel Talbott brought his film “Telling Time” to both Film Invasion Los Angeles and Sherman Oaks Film Festival in 2021, taking home the Audience Award at FILA.  It was a great joy to me that Daniel brought the film to SOFF in 2021, because after having Daniel involved in two virtual festivals last November we finally got back into the theater.  “Telling Time” is such a beautiful film; finally I got to see it in a theater instead of on a TV.