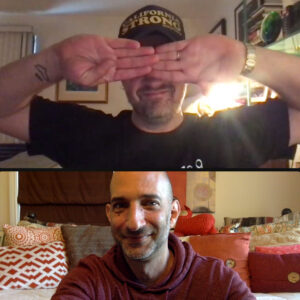 Collaborating with his wife, brother and sister during lockdown, Daniel Talbott made the wonderful film “Telling Time”and it became an official selection at both Film Invasion Los Angeles and Sherman Oaks Film Festival in 2021, taking home the Audience Award at FILA.  Daniel and I had a great talk about the film during his DIF interview, but we managed to carve out enough time to have him answer the 4Qs above.