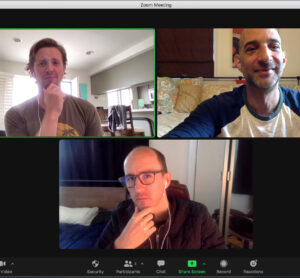 The filmmaking team of Brian Barnes and Matthew Merenda made the award winning short film “yellow” starring a rubber duck.  At the Sherman Oaks Film Festival in 2021, they went home the award for Outstanding Performance, Inanimate Object – Rubber Duck The Actor (David Agustín – Voice).  This smart, subversive, hilarious film must be seen!  So be smart and watch “yellow” right now at this Vimeo link!  And if you’re really smart you’ll follow @rubberducktheactor on Instagram.

In this podcast we get to hear both filmmakers answer the 4Qs above.  And I’m not afraid to say that Matthew had a slight breakthrough realizing, for the first time, the similarities between “yellow” and his all-time favorite film.

After you watch “yellow” be sure to check out the Discover Indie Film TV Series on Amazon Prime Video.