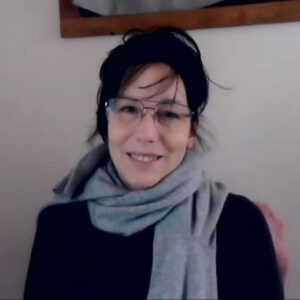 The first time that I saw the film “Execution” by multimedia artist Stavit Allweis I was absolutely blown away.  Thoughtful yet raw, visual with comic book elements, this perfectly balanced film centers around a renegade band of females stages an execution of rapists and killers in a classroom.  At Film Invasion Los Angeles 2021, Stavit’s “Execution” took home the Programmer’s Prize for Exceptional Filmmaking.  “Execution” is not part of the Discover Indie Film TV Series on Amazon Prime Video. yet, but I hope to announce its inclusion someday.  In meantime, it was a delight to have Stavit Allweis on the podcast to hear about her evolution as an artist and filmmaker.