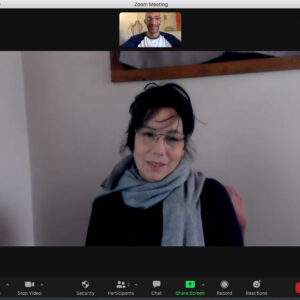 Stavit Allweis started a career in fine art and illustration, but had always been drawn toward filmmaking.  Thankfully for us she took the initiative and her film “Execution” took home the Porgrammer’s Prize for Exceptional Filmmaking at Film Invasion Los Angeles in 2021.  This perfectly balanced art film centers around a renegade band of females stages an execution of rapists and killers in a classroom and, personally, I can never take my eyes off this film.  “Execution” is not part of the Discover Indie Film TV Series on Amazon Prime Video. yet, but I hope to announce its inclusion someday.  Stavit Allweis logged onto Zoom for a DIF interview, so of course I had to ask this innovative filmmaker the 4Qs listed above.