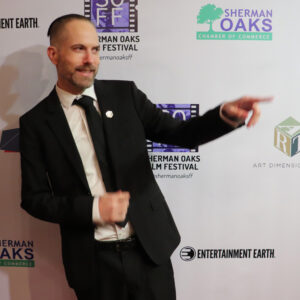 Oliver Scott’s brought his film “The Sword That Waits” to both Film Invasion Los Angeles and the Sherman Oaks Film Festival in 2021 and took home awards at both festivals.  I’m proud to say that this film is part of Season 5 of the Discover Indie Film TV Series on Amazon Prime Video.  Watch it now!

Oliver and I had a great conversation about his career and his work, and while he was on the mic I had him answer the 4Qs listed above!

You can learn more about at Oliver at his website oliverscottmotion.com