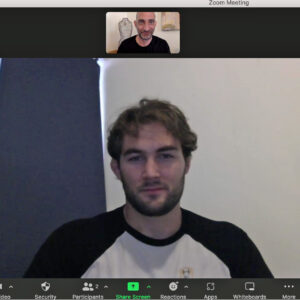 Finn McCager Higgins made the stunning film “In The Pines” with his collaborator Tom Groom.  They co-wrote, co-directed, and both played lead roles in the film.  Finn brought his film to Film Invasion Los Angeles in 2021 and this Lynchian, personal, beautiful film left an impact on me. I’m proud to say that this film is part of Season 5 of the Discover Indie Film TV Series on Amazon Prime Video.

At 41 minutes, it was the “longest short” we had ever programmed.  In fact, it was the excellence of “In The Pines” and the awards jury’s difficulty grasping how to compare a 41 minute film with films under 15 minutes that inspired us in 2022 to create the category “featurette.”  Now films between 20-60 minutes have their own playing field and they should be thanking Finn and Tom for it.