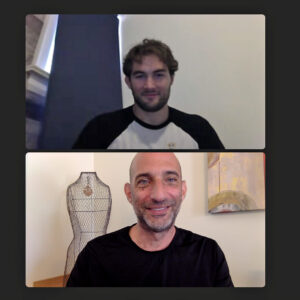 Finn McCager Higgins and I discussed his stunning film “In The Pines” in the podcast before this one.  Finn co-wrote, co-directed, and played a lead role in the film.  I’m proud to say that this “In The Pines” is part of Season 5 of the Discover Indie Film TV Series on Amazon Prime Video.

As long as we were on Zoom, of course I had Finn answer the 4Qs above..