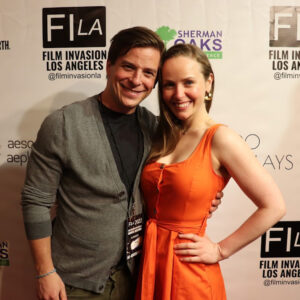 Daniel Amerman brought his film “The Poet” to Film Invasion Los Angeles in 2022 and took home two awards;  Outstanding Short Film – Experimental/Arthouse and Outstanding Performance, Individual – Experimental/Arthouse!  Those wins were no surprise because “The Poet” was the most discussed film among the selection committee that year.  This original, heartfelt, and hilarious film takes everyone by surprise and lodges into their memories.  I’m proud to say that you can catch “The Poet” in Season 6 of the Discover Indie Film TV Series on Amazon Prime Video!