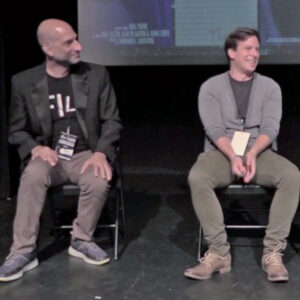 Daniel Amerman wrote, directed, edited, lead acted, and wore a dozen other hats to make the film “The Poet.” This original, heartfelt, and hilarious film came to Film Invasion Los Angeles in 2022 and took home Outstanding Short Film – Experimental/Arthouse and Outstanding Performance, Individual – Experimental/Arthouse!  I’m proud to say that you can catch “The Poet” in Season 6 of the Discover Indie Film TV Series on Amazon Prime Video!

But you should listen to the podcast before this one to learn more about “The Poet,” because in this podcast we get to hear filmmaker Daniel Amerman answer the 4Qs at the top of these show notes.