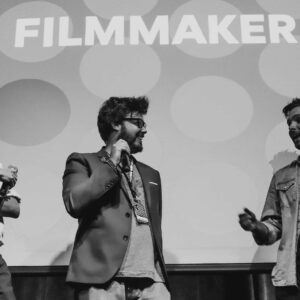 The exceptional film “How To End A Conversation” wan official selection at the Sherman Oaks Film Festival in 2021.  Written by lead actor Phillip Musumeci and directed by Gregory JM Kasunich, this film took home the Filmmakers Award for Outstanding Short Film – Arthouse/Experimental.
I’m delighted to share that “How To End A Conversation” is in Season 7 of the Discover Indie Film TV Series on Amazon Prime Video! (Season 7 arrives on January 15, 2023.)

When Greg Kasunich came by for a DIF interview, you know that I had to have him answer the 4Qs above for a bonus podcast.

You can learn more about Greg at GregoryKasunich.com
or on Instagram at @ GregoryJMKasunich