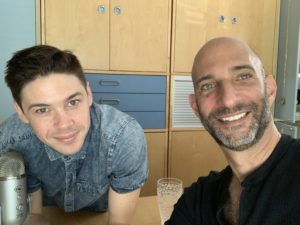 The film hasn’t been released online yet, so I cannot urge you to watch it before listening to the interview.  But Ben is a great guy and I reached out to him to find out if the film was available to share and one thing lead to another and we decided to throw caution to the wind and record his DIF interview long before the film is released online.

He’s got a great personal story and reveals a lot of insight how this hard-working professional managed to take time away from the day-job to work on his art.