You want to talk about indie filmmakers?  Between them, 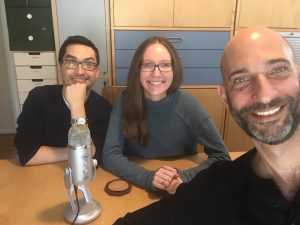 Sara O’Reilly & Jeremy Foley wrote, produced, directed, and edited the award winning short film The Faceless Man.  On top of that, they’re totally nice people and everyone who worked with them on this laborious passion project speaks highly of them.  Even their lead actor, who endured hours of a prosthetic make-up application every day of the shoot, felt strongly enough about the film that he joined them at the Sherman Oaks Film Festival and said nothing but positive things about them at the Q&A.  Not surprisingly, The Faceless Man took home a Grand Jury Prize at SOFF.

On top of that, I want to mention that this lovely couple are genuine film lovers.  They basically attended every screening of every film at the festival, showing support for their fellow filmmakers.  This is called a class act.

Enough praise… WATCH the film below and then listen to the interview.  And know when you watch it that there are NO DIGITAL EFFECTS in this film.