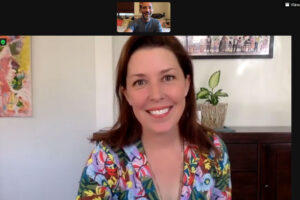 You should know actress and screenwriter Jean Villepique from her appearances on such shows as A.P. Bio, Sharp Objects, The Office, Veep, and dozens more.  Jean brought her short film “IV-Effing” to the Sherman Oaks Film Festival in 2019 and went home with two awards including Best Short Film – Comedy.  This brilliant film captures a hilarious yet tender moment in many women’s lives and tells the story with a great script and great performances.

You cannot watch the film online right now, but as soon as you can there will links to it right here!