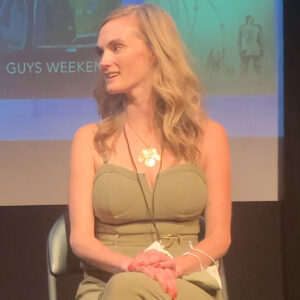 Writer, director, actor, and dancer Karina Wolfe created the short film “Lou,” doing everything you can imagine for this comedy including creating a human-sized cat costume!  “Lou” played at the Sherman Oaks Film Festival in 2021 and took home the Audience Award for Short Film – Comedy.  I’m proud to say that you can catch “Other” in Season 7 of the Discover Indie Film TV Series on Amazon Prime Video!

Karina came by for a DIF interview and of course I had her answer the 4Qs above.  based on her answers, I think she is someone whose taste I can completely trust!  Great list!